From refugee to plastic collector: the uncommon journey of Moussa Sidibe!

Looking to offset your plastic footprint? 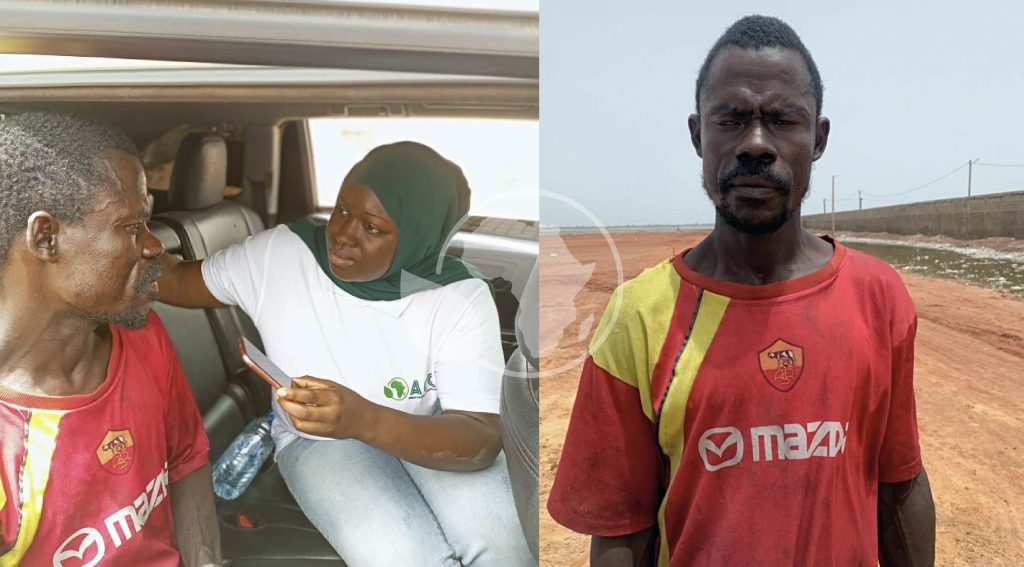 Moussa Sidibe has been collecting plastic for as long as he can remember. He was very young when he started assisting his father and quickly learned how to recognize, separate, and prepare plastic before selling. However, the war in Ivory Coast forced them to leave the country and into a highly precarious situation.

From Ivory Coast to Senegal

Moussa is of Senegalese origin. However, his parents settled in the Ivory Coast, where he was born. His father was a collector and made a decent living. “I worked with him for ten years. We sold a kilogram of plastic at 800 CFA,” tells Moussa. Sadly, due to the raging civil war in the country, he and his parents moved to Mali for security purposes. Soon after, his father passed away, leaving him without financial support. Moussa stayed in Mali for another couple of years, collecting plastic to support him and his mom before moving to the city of Kaolack, Senegal, in 2009. Indeed, he had been advised that plastic collection was a lucrative business in Senegal since not many young people are willing to undertake such work.

In Senegal, Moussa started by collecting plastic sachets containing water that he resold at 35f per kilogram. He had to collect large amounts to earn enough money for himself and his mother and worked long hours a day, going around many nooks and crannies to pick up as many bags as possible. “It was very hard. I didn’t stop to eat during the day. I only returned home when I knew I had gathered enough to meet my weight goals.” He continues.

A few years later, Moussa began to collect chairs and plastic containers. He would pick up plastic from anywhere, even in water areas, sorting them into different types and colours. He then puts them in a wheelbarrow and stocks the plastic outside his home. He couldn’t afford safe storage rooms. Unfortunately, his plastic collection was completely burned down while he was away working. Moussa was never able to identify the perpetrators. “Those were tough times. Those people put me in a terrible situation, and I still do not know why. What was destroyed is hours of work and a lot of money going up in smoke.” he says.

In 2018, Kaoplast started operations in Kaolack, one of ACC’s partners in the Deekali plastic credits project. Moussa began collaborating with the recycling company selling his stock directly and entirely to them by the kilogram for a reasonable price. His life significantly improved once he started working with Kaoplast. He had a constant and higher income.

Deekali Plastic Project and its impact on plastic collectors

Moussa is transparent about the difficulties he faces. “At one point, I was almost homeless but thanked God, Kaoplast built a home for me. I will forever be thankful for that”.

Interesting fact: the bricks used to construct the house were made from sand, clay, and plastic waste comprised of PET as a project from a Kaoplast intern. Over time, more homes around Moussa’s home started deteriorating due to heavy rain, but he remained standing thanks to the material used in the bricks. Moreover, Kaoplast provided Moussa with a donkey cart to help him with his plastic collection work. Thanks to the Deekali Plastic project, collectors have received health and security training, proper equipment, and other immediate support directly from ACC and its local partners.

How plastic credits can help collectors

Despite his work and life conditions, Moussa is a committed man and a hard worker. “What would help me truly is financing that would allow me to buy more plastic, maybe have better materials and why not hire someone so we can do more work. I am not asking for charity but just for a bit of help to make more money, not for any luxury but survival purposes.”

The Deekali Plastic project is the first plastic credits project in Africa. Apart from the recycling companies’ immediate empowerment through the project’s development, the impacts will reach stakeholders such as Moussa. Furthermore, their input and needs have been solicited throughout the entire process. Supporting the recycling companies through the Deekali Plastic project will increase the efficiency of the production capacities and thus offer more work opportunities to collectors like Moussa. Plastic credits will help ensure a better price for each kilogram of plastic collected.

Moussa talks about the Deekali Plastic project and says: “We can only hope for this project to work and keep working. We are in desperate need of support. Support from the government is nonexistent, but we remain active citizens who have chosen dignified and noble work instead of other shady activities.”

The Deekali Plastic project aims to support all actors who have been working hard and finding solutions to address the plastic crisis in West Africa. Join the movement and be part of the solution.