Germaine Faye or the success story of a modern-day hero!

Looking to offset your plastic footprint? 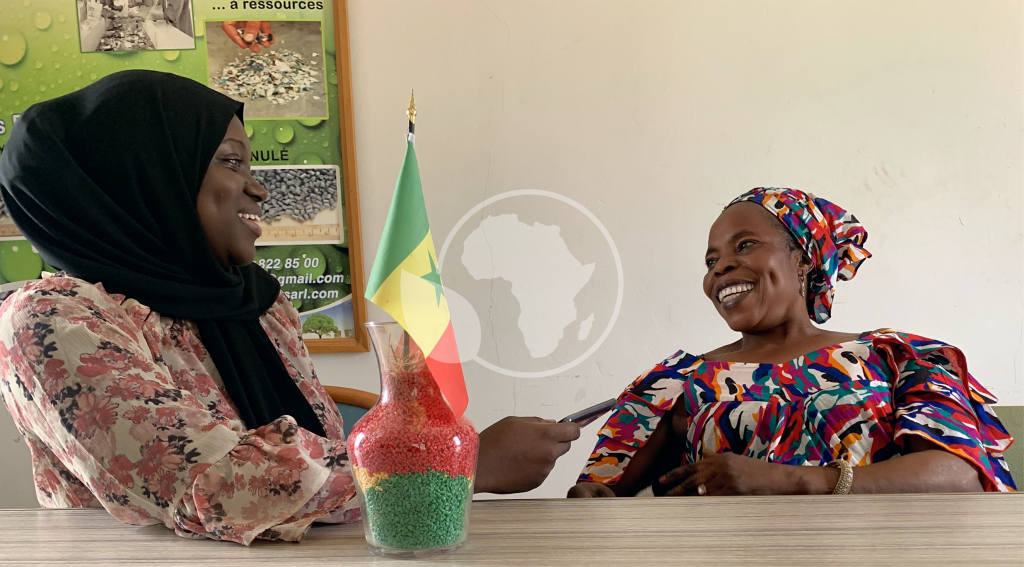 She looks quite ordinary, but her story is very far from it. Germaine Faye is the heart of Proplast, a recycling company collaborating with ACC on Africa’s first Verra plastic credits project, the Deekali Plastic. Twenty-five years ago, the LVIA association behind Proplast trusted her to manage one of their projects. Today, Proplast is one of the largest recycling factories in Senegal and Germaine has a lot to do with it!

The daughter of a farmer, Germaine discontinued her studies in primary school to help her parents. She worked as a housemaid and helped her father in the fields. She was close to 10 years old when she noticed the harmful effects of plastic waste on the harvest and animals around her father’s farm. Germaine was aware that the environment needed protection. Therefore in 1997, when the LVIA association launched a theater competition on the theme of environmental protection, Germaine Faye did not hesitate to form a group to participate in the contest. Her illustration revolved around waste management. Her profile and determination amazed the managers of LVIA; she did not just win the competition but got an offer to lead a brand-new project: Proplast.

LVIA gave Germaine particular objectives: she has three months to achieve these objectives if she were to continue working on this project. She selected six other women to accompany her in her mission, the very first employees of the Proplast. Germaine and her group checked all the boxes in just one month: they had already succeeded in their mandate. The association pursued a process of empowerment and transferred the management entirely to the hands of Germaine. It was only the beginning of a long epic for the brave ladies of “Laaqjoom.”

“Laaqjoom” or the promise of perseverance

Germaine and the six other women gave the name “Laaqjoom” to their group. “Laaqjoom” is a word from Serer (one of the local Senegalese languages) which means determination combined with a deep sense of honor. “We knew we were getting into a new profession that was not widely known at that time and that working within all that waste would bring a lot of stigmas. Our name was a reflection of our mentality. We were ready to stay focused on our work with dignity.”

They were right! They will have to fight hard and face many challenges in developing their activities:

“People would climb up the walls around us to watch us; they were intrigued by what we were doing. They thought we were crazy,” says Germaine. “Initially, we rented a small space for our activities. We had no water source close to us. We, therefore, had to walk long distances to fetch the water with which we clean the plastic,” she adds. Even to drink water, the “Laaqjoom” group had to knock doors of the nearest neighbors. “I will never forget the day we went to ask for water to drink in a house not far from where we were working. The lady served us water from a bowl normally used for washing hands. She was so disgusted by us that she didn’t want us to touch her cups.” she recalls sadly. It wasn’t enough to discourage her, even if this story had touched her deeply. Germaine decided to buy a cooler so that her colleagues never have to go and ask anyone for water again. Despite her struggles, she wanted to keep her team motivated.

On the other hand, the workload was such that it greatly affected Germaine’s health. “We had a very fast pace. In the morning, we sort, wash and cut the material, and around 3 p.m., we would spend the afternoon collecting plastic waste for the next day. When I was pregnant with my eldest, during a medical visit, the doctor restrained me by force to make me rest. I told him that I had to go to work. We were in the middle of the project and couldn’t afford certain things. There was a lot of pressure, and effort had to be made daily; otherwise, everything would fall apart. The doctor said to me – Madam, are you aware of your present state of health? It is terrible for the baby! – I finally stayed.”

The income per month for Germaine and her colleagues was not huge. It was between 15,000f and 20,000f, approximately $20 and $30. “We knew we had to tighten the belt. We had faith that one day all this would come with better pay. It was already good for people who had no source of income before. You have to start somewhere.”

The fruits of determination

The European Union subsidized Proplast to enable the purchase of land on which a good source of water was built, in addition to having access to electricity. “The opening day on our new land was unforgettable. Even the Prime Minister at the time was present.” Proudly explains Germaine with a smile. Proplast is today one of the largest recycling companies in Senegal. It has enabled the creation of more than 1500 jobs, directly and indirectly, and created 50 plastic collection points. It has recycled thousands of tons of plastic in addition to investing in innovation by working on the creation of end products such as chairs, basins, tables, and much more.

Germaine still works at Proplast. “I have to support the younger generation who is taking over today. I like to tell them about our story, with the women of “Laaqjoom” to motivate them. I like sharing what I know with them”. Germaine takes care of everything related to the collection and sorting within Proplast. She is still a trainer, both internally and externally, everywhere in Senegal. 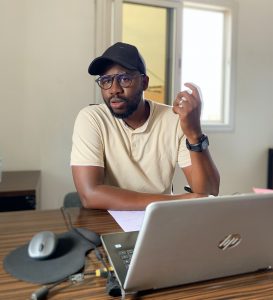 Macoumba Diagne, the director of Proplast, speaks about Germaine: “What struck me the most about her was her courage. She was able to bring together all actors towards the vision we had, that of developing the recycling activity in Senegal. She is a woman leader who wanted Proplast very far. Germaine is a visionary.”

In 2007, Germaine Faye received the grand prize from the president of Senegal for her services to the nation. “I met the country’s highest authorities. One day, a relative called me from Italy to tell me that he had seen me on TV, on France 24 in a documentary”. Germaine Faye is proud of her career! “When I look at all these people currently working here, I feel such great pride. I remember the dark times I went through to put this in place and look at what we have become: we have succeeded because we believed in ourselves.”

The story of Germaine and the women of “Laaqjoom” is a real obstacle course as inspiring as it is full of impact. “We have accomplished a lot, and we know it. That said, there are still many challenges and difficulties to face. The support of the Deekali Plastic project is more than an addition but a necessity to give us more strength and to accompany our wish to make recycling prosper in Senegal.”